Growing up, I never really developed a sweet tooth. For my birthdays, I never ate my cake. I never got ice cream when we would go out for ice cream. I never stuffed myself full of candy at Halloween. Instead, I wanted carbs. Pasta, sandwiches, mashed potatoes, etc. Early conditioning into the addiction that is a high carb diet? I think so.

At any rate, a few desserts did make the cut. Tiramisu, baklava, and most importantly, cheesecake.  I can’t remember the exact year it all started, but my mom stopped buying traditional birthday cakes and started swapping out for cheesecake. Best. Mom. Ever.

Though I don’t really crave sweet things on a keto diet, let alone non-keto diet, I can ALWAYS enjoy a nice slice of cheesecake. This low carb cheesecake is decadent, rich and swirled with slightly sweet yet tart raspberry jam.

So there you have it, the delicious and less guilty low carb Raspberry Swirl Cheesecake! Suitable to have every day if you really wanted and if it fits your macros!

The cooking method that this low carb cheesecake uses is to prevent the use of a water bath in the oven. It’s way too much un-needed work for such a small difference in texture.

Some variations you could do include:

Macro/Nutrition: For 1* cheesecake, these come out to roughly 184 calories, 4 carbs, 3 NET carbs, 20 grams of fat, 1 grams of fiber and 6 grams of protein per serving! 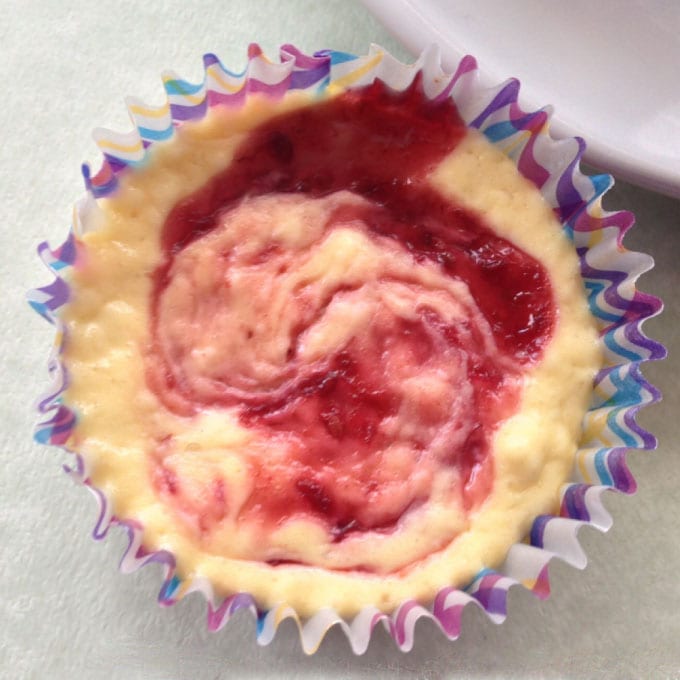 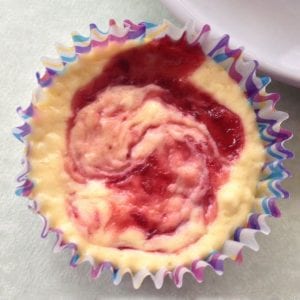 What is your favorite dessert? Have you been able to find a good low carb substitute? Comment below! 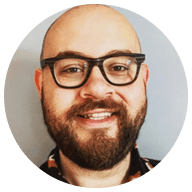 Dom Geracia is a long time Keto diet follower who is passionate about simplifying the low carb lifestyle for beginners. When he's not posting yummy food pics on Instagram, you can likely find him cuddling the nearest cat or guzzling down (yet another) iced coffee.

Help spread the word. You're awesome for doing it!